Sydney Water workers have turned to a specially equipped drone to suck water…. 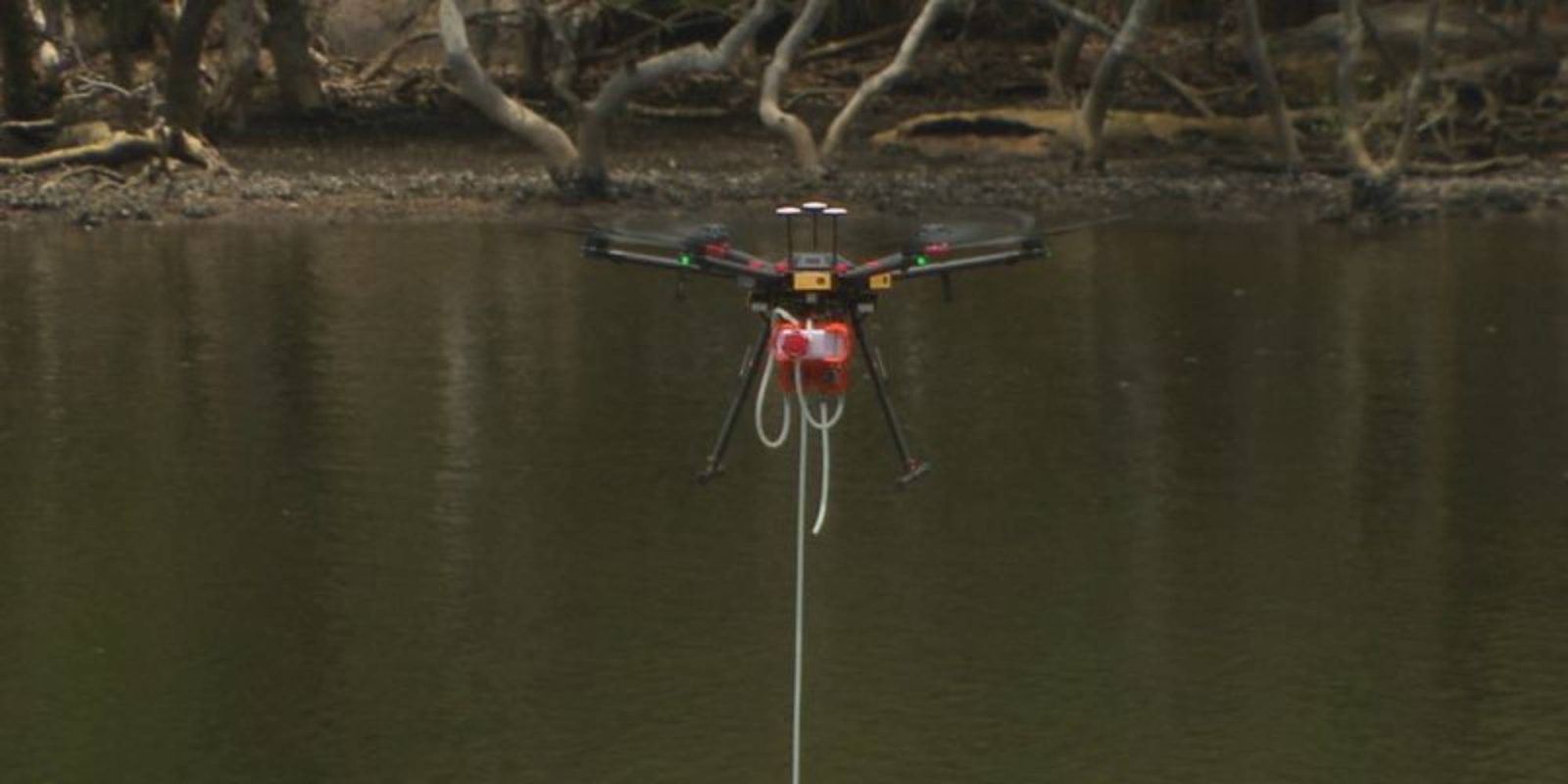 Sydney Water workers have turned to a specially equipped drone to suck water from a location and get tested back on land. The drone is being put to the test at nine locations to check the water quality after the recent downpours.

The samples will determine if the current overflow systems keep the waterways safe for people and, more importantly, the fish and other animals living below. It is expected that a total of 200 samples will be taken over the summer.

Most water sampling is done by boat, but this requires the sample area to be large enough for a boat and safe enough for a human to drop a bucket in and take some water back with them. This is not the case for all areas, making the drone the perfect alternative for the dangerous and tight spaces.

These drones can get into really hard places that we can’t get our boats into, sample that water, and make sure the runoff is doing what it’s supposed to do, during these high-intensity events.

The drone pictured in the story looks to be from the Australian company Sphere Drones. Sphere Drones released its Water Sampler V2 back in 2019 after the previous testing was done with Sydney Water. The Water Sampler can take water samples of up to two liters at a time from any commercial drone.

A definitive move away from traditional water sampling techniques, Sphere Drones’ water sampling technology – via its Water Sampler V2.0 – is now allowing for the precision sourcing of water samples from unsafe, hostile, and inaccessible human locations. The peristaltic pumps and water reservoir are integrated (as a payload) on the Matrice M600 “heavy-lifting” drone.

Story and words thanks to: https://dronedj.com/guides/australia/